Thirumarugal S DineshKumar is one of the young promising violinists in the Carnatic music field. He is the son of Thavil Vidwan Thirumarugal T R Sekar. He has done his M.A in Indian Music, University of Madras, and has a Diploma in violin (Sangeetha Vidwan title, Gold Medalist)  and Diploma in teaching Carnatic music.

He had his initial training under Gurus Pannapattu Venkatesan and  Sikkal T R Balu. He has a learning experience of 18 years, having trained under the senior violinist Kovai B. Dakshinamurthy and later from the veteran Sangeetha Kalanidhi Kumari A. Kanyakumari.

He has been performing concerts for more than 11 years now and accompanies many artists.

He has had the privilege of performing in the violin ensemble with Guru A. Kanyakumari for the past 10 years in all major Sabhas in Chennai and other cities.

He has performed Violin duet along with his brother Thirumarugal S Ganeshkumar (as Thirumarugal Brothers) at various Sabhas in Chennai and all over India.

He performs regularly in all the reputed Sabhas in the December season and has won awards and titles such as Kanchi Kamakoti Peeta Asthana Vidwan from the Kanchi Mutt, Isaikalaimani award, Mysore Chowdaiah award and Best Instrumentalist award 2015, KM Conservatory of Music.

He is an ‘A’ Grade artist, All India Radio. 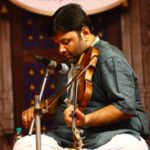 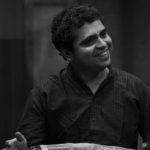