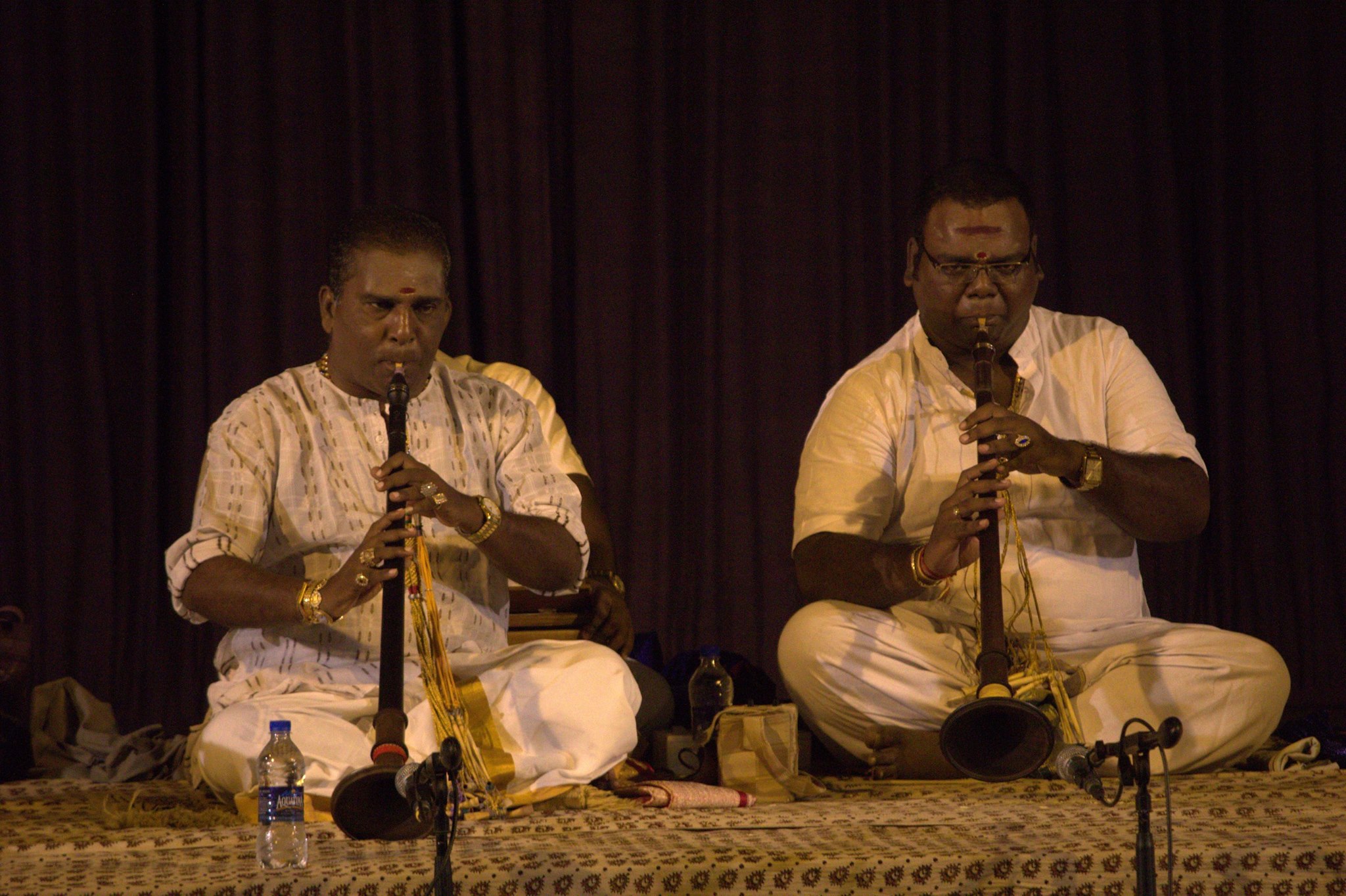 Nadaswaram , as an instrument is played as “Mangala Vadhyam” (which denotes an instrument played during an invocation). Nadaswaram concerts are rare and this we believe completely negates the artistry of this age-old classical art.
Hence Nadaswaram Vizha was started in 2014 to create a platform for these artists in mainstream venues.

Sumanasa Foundation has conducted three seasons, so far, where Nadaswaram artists are have been presented opportunites in mainstream Sabhas, including the December music season. We have presented over sixteen concerts every season across venues in Chennai including Raga Sudha Hall and Sivagami Pethachi Auditorium.

This initiative also supports young people to learn the art form and provide them opportunities to perform.