Papanasam S. Sethuraman is a well-known Ganjira Artiste who has been performing concerts for more than 30 years.

Born in the year 1969 to Sangeetha Vidwan Sri P. Subramanian at Papanasam, Tamilnadu, Sethuraman showed keen interest for percussion music from a very young age and started learning Thavil initially. It was at the instance of renowned Ganjira Maestro Kalaimamani Mayavaram G. Somasundaram, he started playing Ganjira. Sethuraman has trained under his guru for nearly 30 years.

Sethuraman is an A Grade Artiste of the All India Radio, Chennai.

He has won many awards and titles such as

Yuvakala Bharathi title awarded by the Bharath Kalachar, Chennai, in 1999.

Madura Murali Puraskar received from Padma Vibushan Dr. M. Balamuralikrishna during his 82nd Birthday Celebrations by the Vipanchee Trust in 2012.

Sethuraman has performed widely in United States of America, Russia, Australia, Malaysia, Singapore, Srilanka, Mauritius and Reunion. He also had the opportunity to perform with world renowned Guitarist John Mclaughlin and renowned drummer Drillo Kruth at the Reunion in the year 1992. 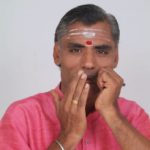